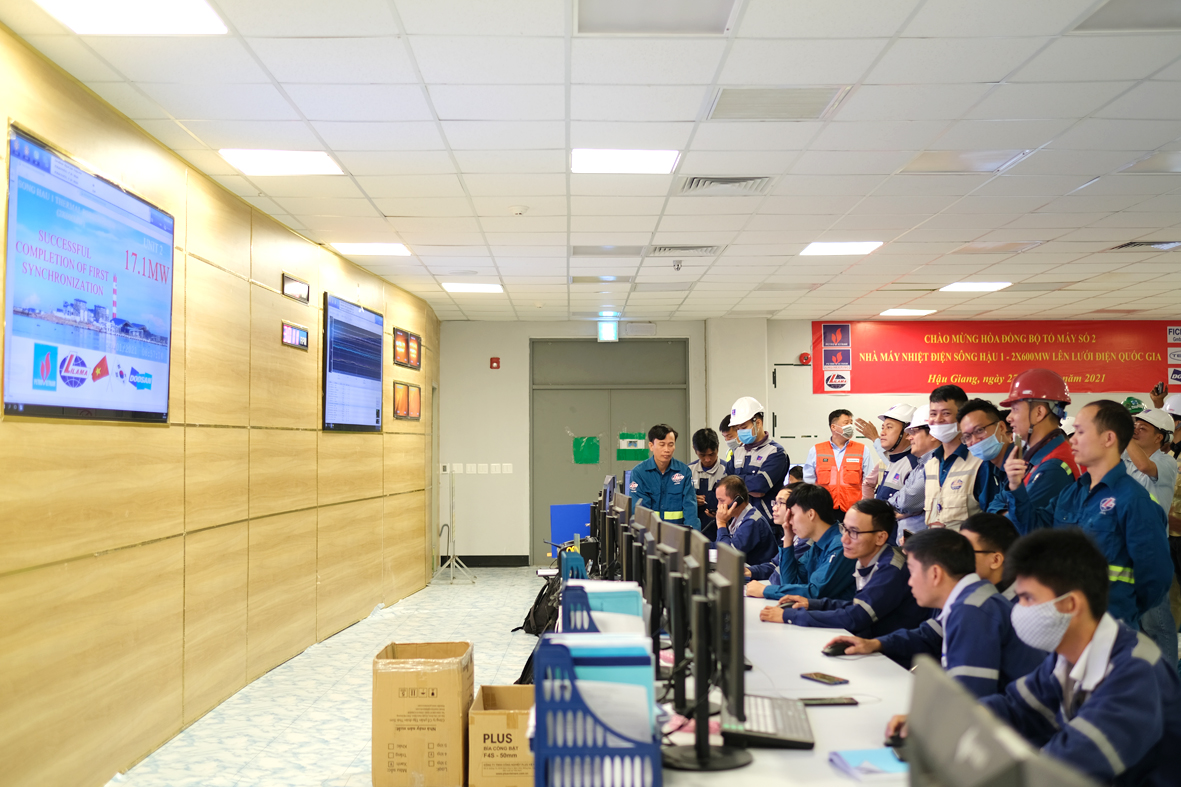 The synchronization of the Turbine 2 is an important step of the whole process of Song Hau 1 plant construction from installation, testing operation till electricity generating into the national power grid. It is also a premise for the Owner, EPC contractor and others involved parties to carry out series of activities in the coming time such as coal importing, coal firing, adjusting to reach available design capacity, optimizing system operation, reliable commissioning and handing over for commercial operation. More importantly, the success of synchronization is a proof for almost all systems of the plant working sustainably, safely and being ready to supply the Nation Power Network with electricity. 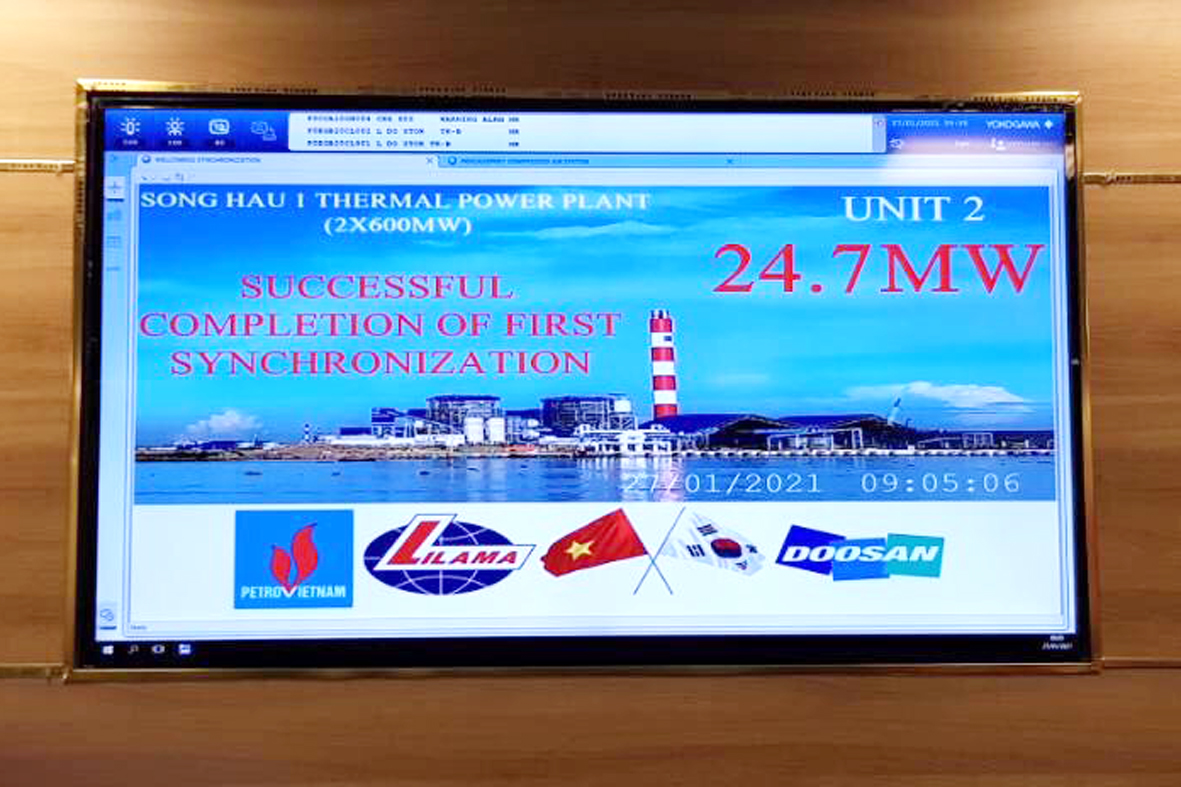 Formerly, Song Hau 1 PMB of PVN and LILAMA had successfully celebrated the initial firing for the Boiler 1 on July 28th 2020 and the Boiler 2 on November 25th 2020, completed the synchronization of the Turbine 1 into the National Power Network on November 26th 2020.

Under the direction of the Government at the Resolution No.69/NQ-CP dated September 13th 2019, Song Hau 1 TPPP Turbine 1 and Turbine 2 are expected to complete and put into commercial operation in the 2nd and the 3rd quarter respectively of the year 2021.

The President & CEO of LILAMA - Mr. Le Van Tuan said that, after achievements from a number of important thermal projects such as Ca Mau 1 & 2 (1,200MW), Nhon Trach 1 (450MW) & 2 (750MW), Vung Ang 1 (1,200MW), the synchronization of the two Song Hau 1 turbines into the National Power Network once again affirmed LILAMA’s strong capability in performing EPC contractor role and the possibility of well fulfilling the national and world energy projects with satisfaction of required safety, quality and schedule.

He also said that, LILAMA and other Song Hau 1 TPPP’s contractors expressed to receive more considerations, guides and supports from the PVN Leaders to deal with and removed the difficulties as well as to keep stability on settlement schedule for them, meanwhile giving a request to PNV to submit the Government the proposal of applying a special mechanism in which experts of the foreign supplier, whose equipment imported, would be permitted to entry Vietnam in order to perform the testing commissioning work of the project in site. 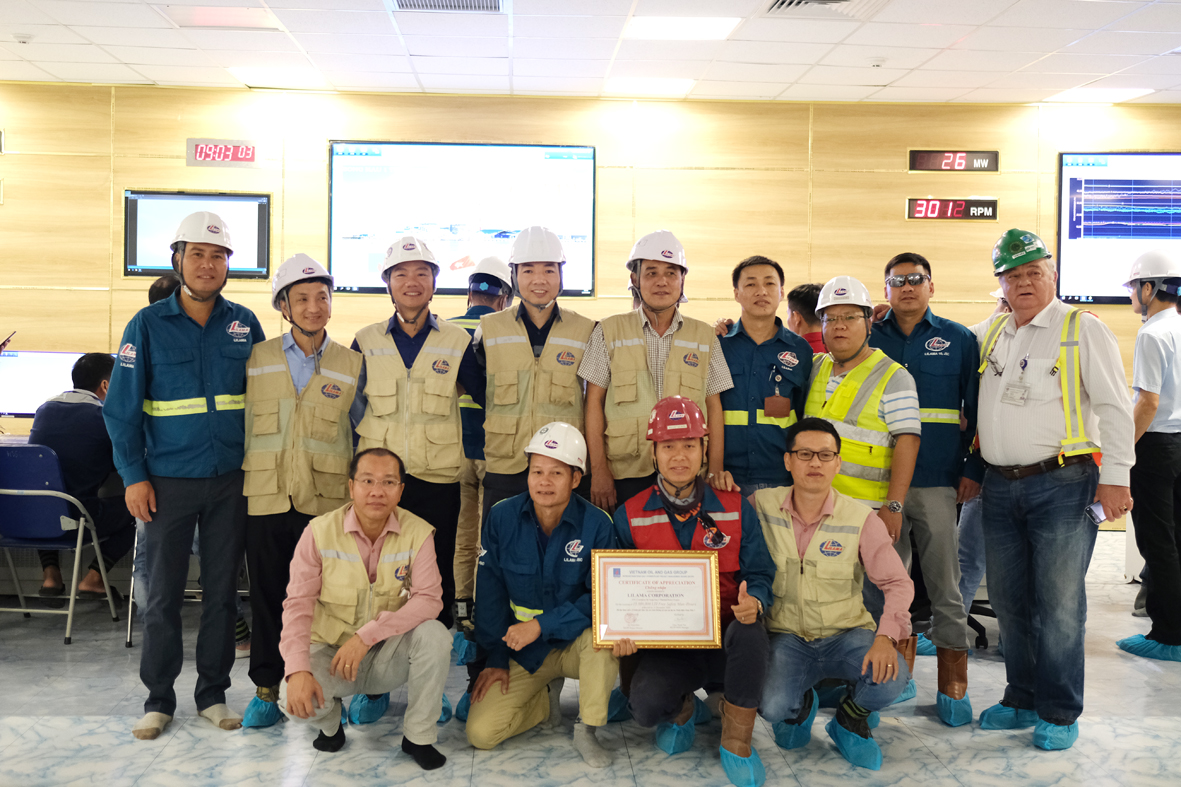 Song Hau 1 Thermal Power Plant with the capacity of 1,200MW belongs to the General Plan of Song Hau Power Center, which Vietnam Oil & Gas Group is the Owner, LILAMA is an EPC Contractor. When operating, it shall supply an electricity production of about 7.8 billion kilowatt, making a contribution into the economy development of Mekong Delta region in general and Hau Giang Province in particular.