An online conference on promotion of public investment disbursement is expected to be held nationwide by the end of this April 2020 and hosted by the Prime Minister, which is very important in order to review the situation and give out measures suitably to booster the disbursement pace for public investment. Parallel to the activities on scrutiny and anti-corruption, avoiding waste and negative, the effective measures on removing difficulties and hesitate thinking, creating a breakthrough should be set forth for carrying out this fund from now on. 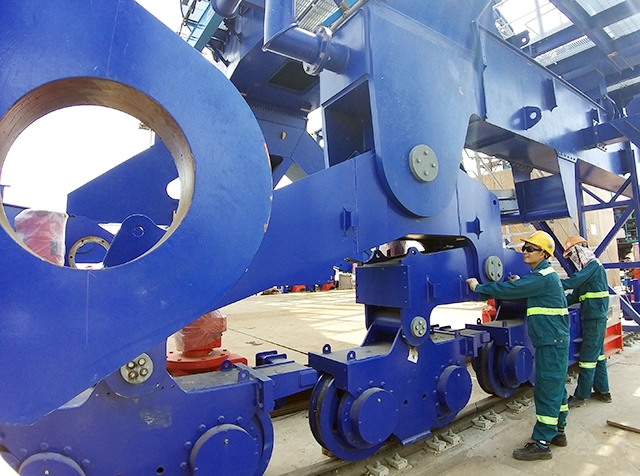 To build up a special mechanism for each project

The Prime Minister many times stressed that the State budget is always adequate enough for social and economic development, and the budget plans of the year 2020 have been assigned to ministries, departments and local authoritative agencies under the governmental decisions. In fact, the effectiveness of the implementation has not been showed as expected as ‘bottlenecks’ appeared in mechanism and policy.

The Chairman of VAMI Dao Phan Long shared that, applying special mechanisms for promoting the schedule of the large projects as well as priority to the national important and urgent ones on power and transportation were really essential along with perfecting legal documents and norms on constructional price and estimation. At the same time, offering appropriate and harmonizing measures to balance the benefit between increasing the added value of the total investment and shortening the process of each project for commercial operation are also needed to encourage the owners and contractors positively to invent and apply their own initiatives in enhancing productivity. If the ‘bottlenecks’ staying in the State budget disbursement in general and settlement of projects in particular has been continuing, the industrial investment should not bring back high effectiveness and lagging the inertia of the contractors behind. Besides, it is necessary that the State should support the State owned enterprises with the resources on jobs and markets for production and consumption, from which they can accumulate and make growth with strong capability to deeply join in many projects in a same period of time.

On the contractors’ side, looking forward to ‘defreeze’ the suspending situation in many projects is really showed. In the Song Hau 1 TPPP site, the working atmosphere becomes more intensive in preparation for the first time setting fire in this June coming nearer. While waiting for relating new policies and mechanism issued for applying the project, the Song Hau 1 Lilama PMB founded a settlement department specializing payment tasks; pointed out a Lilama leader – an Executive Vice President on secondment in charge of proceeding relating matters that beyond the Project Manager’s authority. The PMB also did its best to support working delegations from ministries and departments to survey for newly setting up constructional norms and criteria for such kind of project as Song Hau 1, which can booster the completion process. In fact, the longer the project lasts, the less effectiveness is, so a special policy and mechanism issued is really necessary.

Regarding the Thai Binh 2 TPPP, despite of an on-paper agreement of the PVN leaders on ‘pumping’ more money of the total investment in order to put the project into commercial operation, there was still no progress for the past half of the year. The Vice Head of Thai Binh 2 PMB (PVN) Nguyen Hoang Lam gave out a comparison of two odd numbers: the first number of more than VND 2.500 billion is needed completing the plant for operation but not change the total investment value up and produce an average of kW7.2 billion per year for the national power network; and the last of an amount of VND 35 thousands billion will be cost to this production when the plant is ran by diesel instead in the context of lack of power like now.

According to Mr. Nguyen Danh Huy - Head of Planning & Investment Department of MOT, the characteristic of transportation projects is the low disbursement rate for the first two third period of time although a large work volume executed i.e. land clearance and earthwork accounting for much time; besides, the outside performance largely depends on the weather conditions, for example, the whole site shall be ceased if the raining season continuously happens during the process resulting to the disbursement rate equaling to zero. This rate in the final one third period of time usually reaches much higher as the project is coming near completion. For illustration, the MOT was assigned with a budget plan of VND 30,046 billion (which included an addition of VND 1,146 billion from the previous year) in 2019, but until August 2019, the disbursement rate has just been gained 27.4% - an amount of VND 3,435 billion lower than the State budget plan. Until the end of the year 2019, a number of VND 25,028 billion was disbursed (equal to 83.3%) by the MOT. For the first two months of 2020, VND 203 billion has been disbursed, equal to 1.7% of the plan that was low compared with average national rate of 7.3%. This means the owners/ PMU still focused on the disbursement of 2019 as planned in January 2020 and has not had any demand in 2020 yet. Otherwise, due to the time of disbursement for 2020 plan happening in the same time of Tet holiday, the items in demand could not timely fulfill the procedures to register with the State Treasury. Since then, the involving units have been working out distribution from the budget assigned; all preparations for the busiest period of performance are ready, including the important role of the leader with his main responsibility in directing and managing; coordinating with the relating ministries, departments and local agencies to overcome the difficulties in terms of procedures and plan site timely… for meeting requirements on schedule, quality and disbursement of the project, not to let the situation of ‘drawing a lesson from deep experience’ existing from year to year, showing deterrence by handling the involving individual and collective’s violation .

Doctor Nguyen Dinh Cung – ex-Head of the Central Institute for Economy Management of Vietnam said that, the movement of growth pace of Vietnam economy was based on the increase of production quantity and investment. However, it was a great concern when there was not any new public investment project for the past three years. Under the Directive No.11/CT-TTg on urgent missions and measures for removing difficulties in production and trade, while stabilizing social security in facing the spreading Covid-19 disease, the Prime Minister requested the ministries, departments and local authorities to fulfill procedures relating investment and assign all planned disbursement from the State budget within March 2020; push up the schedule of disbursement remaining in period of 2019-2020 (including ODA fund); focus on directing and managing to complete and put the important mega projects into operation in the soonest time and bring into full play all design capacity to gain social and economic effectiveness. The Prime Minister also assigned the MOT to accomplish documentary stages relating to the State budget disbursement for mega and important public projects’ investment which is able to illuminate and strike on the development of the national society and economy such as the project on the Tan Son Nhat international airport extension, newly-built Long Thanh international airport, North-South super highway to the east period of 2017-2020,… not to leave them delay as the past time before. All these projects, which are targeted to remove the ‘bottlenecks’ existing in the economy’s infrastructure, need boostering the schedule of completion. As the result of operating on time, this means these projects shall strengthen the connections of economy between Vietnam and the world and versus, and also create the dynamics and potentials for the growth in the future. This promotion might meet challenges that cannot be immediately deal with, because of the main causes lying in the laws and decrees that require much time to review and revision, but more prospective changes will be seen if leaders from the authorities of different levels play active roles to settle instead of sitting tight and following the procedures. Particularly, they should recheck the large projects the Prime Minister has called name out and propose possible option to recover from difficulty for each of them in the shortest time, for example the completion of proceeding needing 3 months shall be done in three weeks instead. Generally, the promotion of the State budget disbursement for public investment should be seriously considered as a wayout with reducing or eliminating ‘bottlenecks’ existing in the national economy but not simply to fulfill the plan in the coming years.

According to the Minister of MOT Nguyen Van The, the investment plan from the State budget assigned to MOT by the Government was VND 35,300 billion in 2020. Until now, under the MOT’s direction, a detail schedule with an amount of VND 27,637 billion has been distributed to 28 owners/PMU including 11 large sized PMUs and 04 MOT’s departments, which gained nearly 92%. This rate number shall be 94% in addition to the amount disbursing for repay BT project on Hue city intersect overpass bridge, and 6% is still remained for projects which has not fulfilled procedures like ODA funded as agreement not signed yet,… As the matter of fact, if the budget distribution for public projects is not assigned soon, involving units will be hard to carry out, so they had to promote the process of procedure completion from the beginning of the year 2020 for disbursement. The Minister of MOT also requested units to clarify the work allocation as well as individualize the responsibility for each company/unit during process of investment management in order to meet the requirements on schedule, quality and disbursement; to organize and monitor systematically from the advisory departments of MOT to the owners/PMUs via reports, the budget distribution plan, payment process for scrutinizing the results of investment assigned; at the same time to propose timely measures for proceeding the planned program. The MOT advisory departments need to intensify the monitoring and inspecting activities on all above mentioned works in accordance with dealing with difficulty matters arising at sites. The time for procedure process was also shortened as required in terms of relating functions and missions… Mr. The stressed that, “At the present, the MOT are setting up a scheme on quality management for transportation works, in which PMU shall be the owner instead of the representative role as before and responsible to all project files in next time in order to enhance its own authorities and duties. Projects belong which levels are approved by the MOT shall be regulated in detail, the remains are signed by PMU managers, therefore it is necessary for PMUs to proactively strengthen the capabilities in performance with efficiency and quality”. 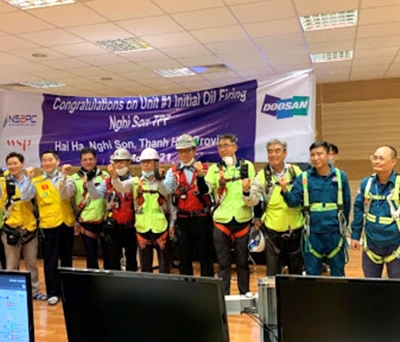